Save Aurora to your Collection. Register Now! 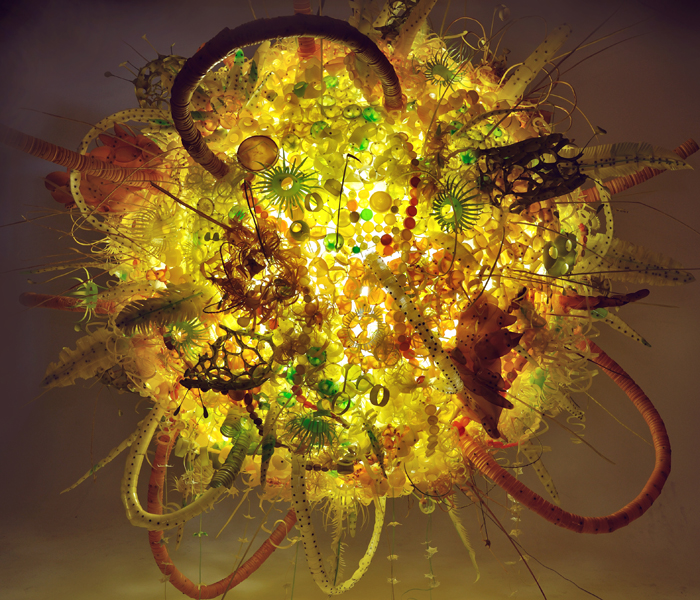 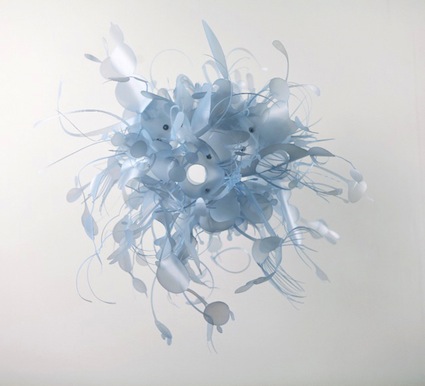 Aurora Robson was born in Toronto, Canada, grew up in Hawaii and has lived in New York for the past twenty years.

In addition to her artistic practice, she is Director/Co-founder of Lumenhouse, a photo studio, artist in residence program, exhibition space and community/cultural event space located in Brooklyn. She is the founding director of Project Vortex, an international organization of artists, architects and designers working with plastic debris. Using Project Kaisei reduces the amount of plastic debris in oceans.

Robson’s work is exhibited across the United States. She has received several grants, including the Arthur Levine Foundation Grant, in 2010 She currently lives and works in Brooklyn with her daughter Ona and her husband, the cinematographer Marshall Coles.

"Colorful and visually intriguing yet suggestive of a darkness within, Robson's sculptures and installations communicate a strong environmental message. She is one of the few artists I know of whose works are both politically motivated and truly beautiful at the same time."

Show all reactions
"I think my mom is AWESOME i love her work to but she as a person is even better"
"I absolutely adore this work. the concept behind the work is strong and the visual ascetics breath taking. I would love to experience one of your installations in person. Question. what is the process of getting the color in the plastics or do you use already colored plastics?"
"This work is spectacular and beautiful and embodies very much what art should be. I was however a little disappointed when I watched the attached youtube video, as I hear to often nowadays artists trying to weave in an environmentally conscious message. I'm an advocate of reuse and conservation, I just think it's a distraction from the perspective of the appreciator, who may be trying to enjoy the beautiful forms just the way they are."
"Wow both r really beautiful"
"It's an obvious circle of its creators beginning.very nice."
"It is a great thing that an artist can create beauty from the ugliness all of us contribute to everyday in our own way. The various galleries of the artist's website are well worth the trip as well."
"really a good work of art suspended from top ceiling , the most charming aspect which interests me is the translucent effect of the work and the application of lighting , becoming the part of the art work dibyendu dey 22 Feb 2011"
"very intricate yet so simply stated....what a conceptual beauty"
"It's a life rift!"
"This work reminds me of my dear friend Mitsu Ito. She is an art student in London. Your an inspiration Aurora!" 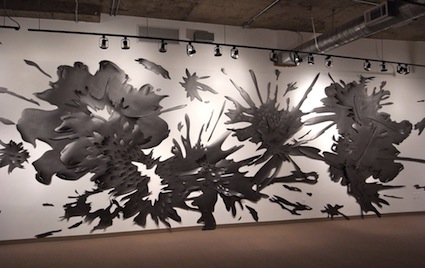 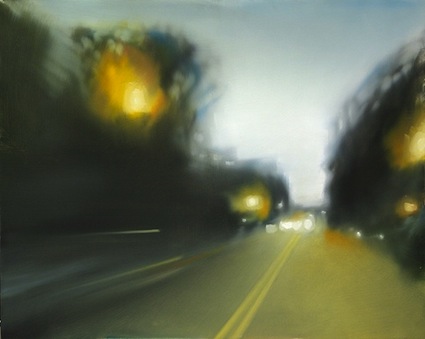